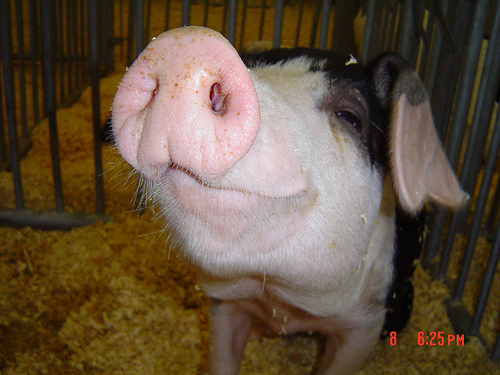 The Senate just voted 68-26 to kill the amendment offered by Senator Tom Coburn that would have redirected earmarks in the Labor/HHS/Education appropriation to funding health care for children instead. The failure of the Senate to pass Amendment 3358 today shows a large disconnect between the rhetoric of the majority in Congress and their actual priorities. After castigating the Bush administration for vetoing a massive expansion of the S-CHIP program to middle-class families who largely don’t need it, two-thirds of the Senate seems more interested in their own pork than in America’s children.
Don’t expect this to get much attention from the American media. However, they will continue to report on efforts by Harry Reid and Nancy Pelosi to contrast the S-CHIP expansion veto to war funding, as the Post reported today in its article on Bush’s new supplemental funding request for the war. Democrats accuse the President of having his priorities backward, but the Iraq war effort hopes to create a stable, moderate, and democratic Iraq that will partner with us against terrorism and make the region safer. That falls within our national-security and foreign policy interests.
What exactly does the pork in the Labor/HHS/Education bill do? It funds Charles Rangel’s Monument to Me to the tune of $2 million, for one thing. That apparently has a higher priority in the Senate than health care for children. It also includes $500,000 for the National Council on La Raza from Tom Harkin (D-IA). Porkmaster Ted Stevens (R-AK) gets $34.5 million for an Alaska Native educational equity assistance program, one of the largest earmarks in the bill.
Priorities. That’s what the Democrats like to argue when they want to strip American troops of needed funding for a mission that has demonstrated growing success. When it comes to protecting their own pork-barrel mechanisms to protect their incumbencies, the health of children be damned.
UPDATE: Here’s the vote. Democrats voting to keep the amendment alive: Russ Feingold (always a reliable anti-pork vote), and Claire McCaskill.
Republicans voting to keep their pork:
Bennett (UT)
Cochran (MS)
Coleman (MN)
Collins (ME)
Craig (ID)
Grassley (IA)
Gregg (NH)
Hagel (NE)
Hatch (UT)
Hutchinson (TX)
Lugar (IN)
Murkowski (AK)
Roberts (KS)
Shelby (AL)
Smith (OR)
Snowe (ME)
Spector (PA)
Stevens (AK)
Sununu (NH)
Voinovich (OH)
Warner (VA)
Thanks for being the enablers, folks. Hope that other white meat tastes gooooood.
UPDATE II: Here are a few other earmarks that come before the Democratic talking point of children’s health care, as noted by Senator Coburn in his statement today:
* $400,000 for Figge Art Museum, Davenport, Iowa, for exhibits, education programs, and community outreach;
* $100,000 for a celebration around Lake Champlain in Vermont;
* $500,000 for field trips in the Chesapeake Bay;
* $500,000 for the “Virtual Herbarium” in New York;
* $50,000 for an ice center in Utah; and
* $130,000 for the National First Ladies’ Library Catalogue in Ohio.