Duncan Hunter will be my guest on the first installment of the daily CQ Radio show today. The Congressman and presidential hopeful will appear between 2 – 2:30 pm Central Time to discuss his candidacy, national security, and his vision for America. Hunter’s candidacy has flown under the media radar thus far, and we’ll ask him how he plans to make a move on the frontrunners during 2007.
In the second half, Fausta joins us to talk about her own Blog Talk Radio show. She’s talking immigration and more on her show, live at 11 am CT.
The best part of Blog Talk Radio is that you can join the conversation — live! Call me at 646-652-4889 to talk with Congressman Hunter, Fausta, or me during the show.
UPDATE AND BUMP: I forgot to link to Hunter’s website; I fixed that now. And here’s the Congressman posing with the talented and beautiful Fausta, taken at CPAC: 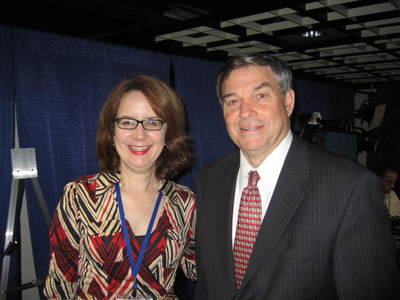